Story of the Week: Soaring Starships 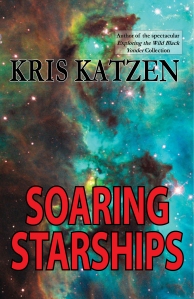 A Dog’s Life
The crew sticks together, down to the very last crewmember: the captain’s dog. Now the captain’s kidnapped dog, snatched by ungrateful aliens the ship aided.

Next in Line
A medical crisis. Ruthless pirates. A brand new senior staff. No time for the new crew to figure each other out and forge the essential bonds of cooperation and trust before they plunge into the pandemonium. Too many lives depend on them.

Too Early Seen Unknown
A fire triggers an evacuation of a packed sports stadium—mere minutes before bombs go off. No injuries, but tensions on the already contentious planet soar even higher. The crew of the Earth Military Force ship Triumph needs to find the culprits before all-out war erupts.

A Time-Honored Tradition
A captain willing to take any steps to protect his homeworld. A doctor who believes innocent offworlders deserve protection as well. The two men: not just close friends, but shipmates as well. Can either convince the other to relent?

The Letter of the Law
Individuality versus the common good, an eternal struggle. But what of love of family when the “common good” claims the right to tear a child from his parents?

Self-Determination
Personality? Or programming? An entire planet comes to life—and decides to evict the humans living on it.

Rescue Mission
Sacrifice. A stealth ship on a mission deep in enemy space. Their assignment: knock out the planetary defenses of a vital munitions factory so Earth’s fleet can swoop in and destroy it. But at what price? And who pays?

This site uses Akismet to reduce spam. Learn how your comment data is processed.